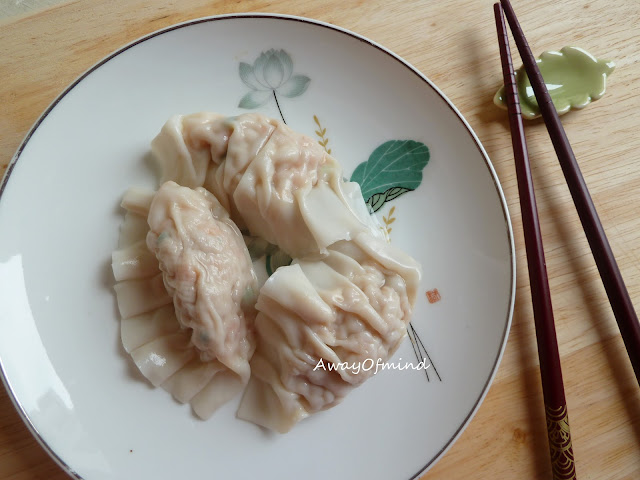 
Indeed the dumpling skin becomes bigger after rolling, whether it has becomes thinner, this you have to justify it yourself. I always deep fried the dumplings, this is the first time trying to boil them in boiling water. When I used the chopstick to poke the dumpling, gravy oozing out from it, I love this! This is definately a healthier choice if compared to deep fried dumplings. 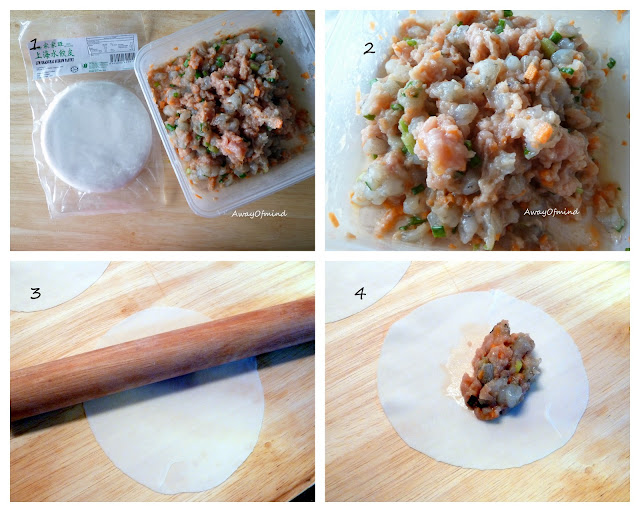 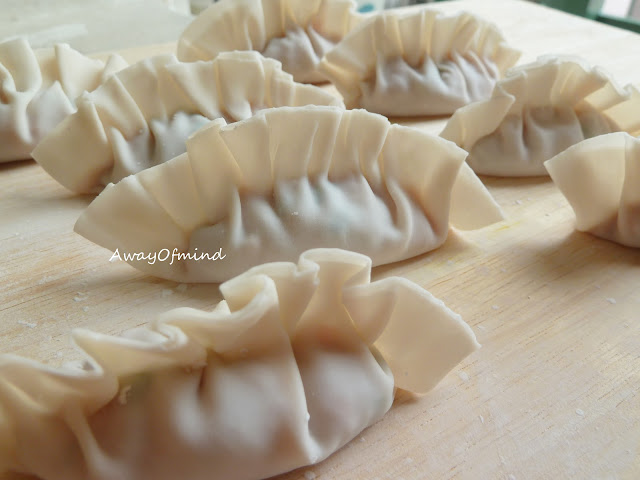 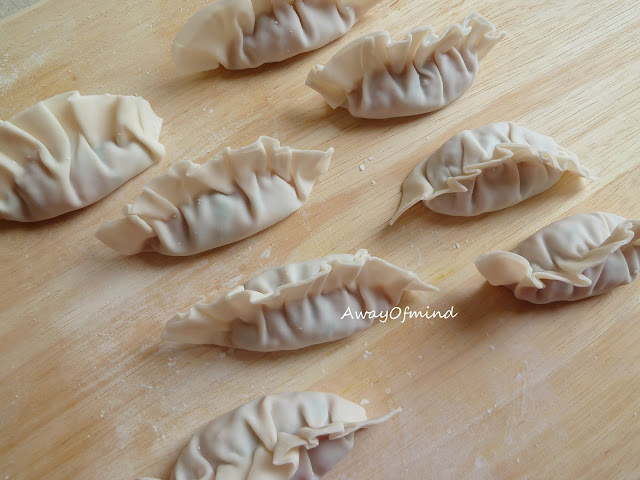 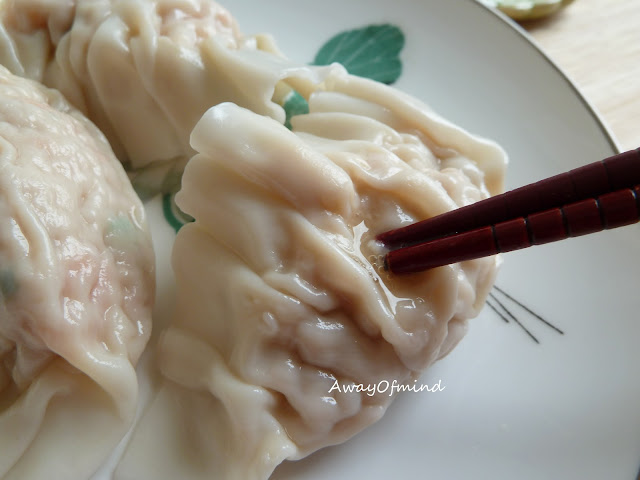 Steps:
1. Place prawns, meat, carrot, egg and spring onions in a bowl, add the salt, peppers and stir well in the same direction. Set aside.
2. Using a piece of dumpling skin, stuff the filling and make a pleat.
3. Place the dumpling in hot boiling water, boil for 4-6 mins. or until the dumpling float on the boiling water. Serve while hot.

For how to make the dumpling skin, please refer to 子瑜妈妈美食坊 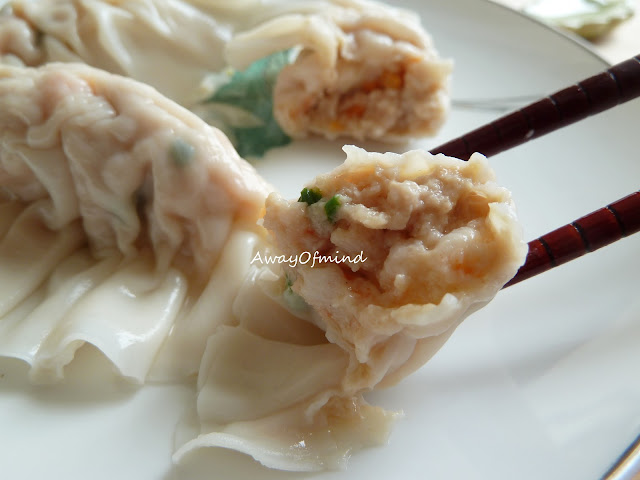