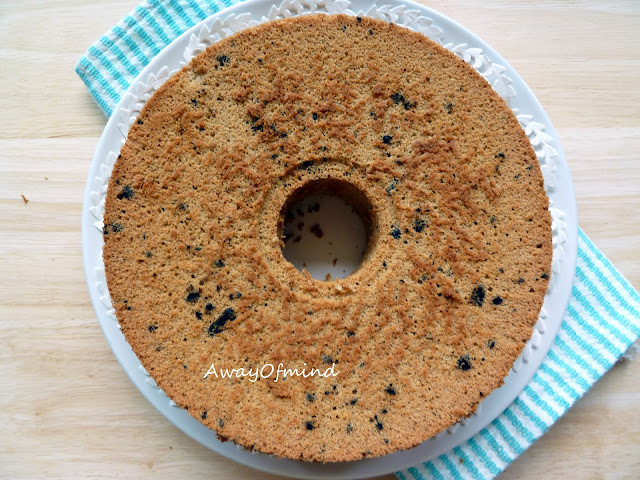 I edited the post by deleting the name of the school.

My son has been attending X school for a month. I accompanied him only for the first day. He goes to school daily, every morning he will ask me "where are we going?" I'll tell him, "You are going to school." Then he goes to school happily! This is a big change if compared to when he was at LV. He attended LV for nearly 3 months, at LV he was so attached to his form teacher and his own class room. I was worried and I think the decision to change him to X school is the right one!


Every morning he will have a chance to play in the real playground, I say real because the playground is in the school garden, he sees grass and soil not the one with rubber floor mat! When come to mid day, he no need to sit in the toilet waiting half an hour for teachers to bath his classmates. At X school, the teacher will bathe two students at a time and the rest play or listen to stories tell by teacher assistant.

Everyday, he comes home with colour patches on his hands and shirt. I'm a strong believer of empower children to do their own things and not holding their hands to accomplish what we think they should accomplish. I don't want a beautiful result, children have their own thinking and I think a good education system should help to unleash their creativity. Is amazing and releasing for me to see my boy being categories by teachers as "active" and "vocal". .. Moreover, he no longer attached to a teacher, any teachers take over the class is fine for him!!

Post-note (19/10/2011):
I withdrew my son from X school on 12/10/2011. His form teacher gone "missing" after a mere 3 weeks with him, the school asked an unqualify teacher assistant to take over the class (which I strongly disagreed and the director of the school think this is appropriate). Add on to that was one day my son came home with red swollen mark which he told me done by a teacher assistant, which the school defended and denied the case. I believe my son, the mark was on his shoulder for 3 days.

He merely with school for about 2 months and there was an earlier case of deep scratch mark which bleed (on left side of the neck to shoulder) who the school claimed was done by a student who merely 2+, the wound recovered but leaving a white mark on my son shoulder until the day I write this note, can you believe a child can create this kind of deep cut on his peer?

Whoever read this, please judge for yourself before sending your child to this school. 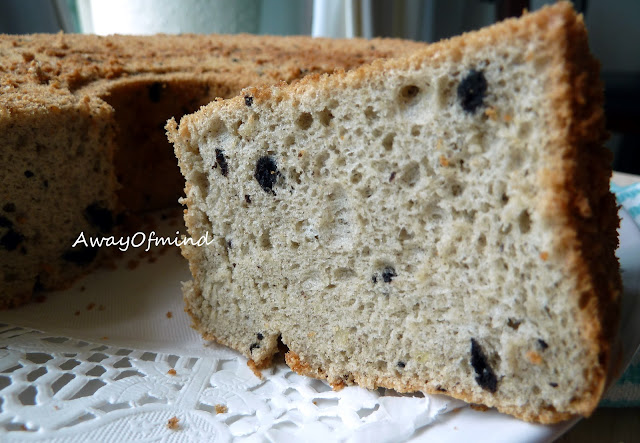 So much about my son ^^ Let me present to you this interesting Oreo Chiffon Cake﻿. You may hop over to Table for Two or More, Bakericious and Cherry Potato to see theirs beautiful Oreo Chiffon Cakes too!

Recipe adapted from Table for Two or More, Bakericious and Cherry Potato

(A)
65gm oreo (half a regular tube), lightly pulverized together with cream

Steps:
1. Preheat oven at 160/180C.
2. Mix yolks and sugar together. Then put in the oil. Alternate add in milk and sifted flour. Combine with a whisk until smooth. (Do not whisk or beat but just combine)
3. Beat egg whites until frothy, add lemon juice and beat until soft peaks. Put in sugar gradually and beat until stiff.
4. Fold ¼ of egg whites into (2) and then another ¼  egg whites.
5. Pour egg yolk batter into the remaining egg whites and fold (no need to be too thorough).
6. Put in pulverized oreos and fold until well combined.
7. Pour into a clean ungreased tube pan (22 or 25cm will be fine) and bake for 45 minutes.
8. Invert immediately upon removal from oven. Wait for it to cool down totally before removing cake from pan. 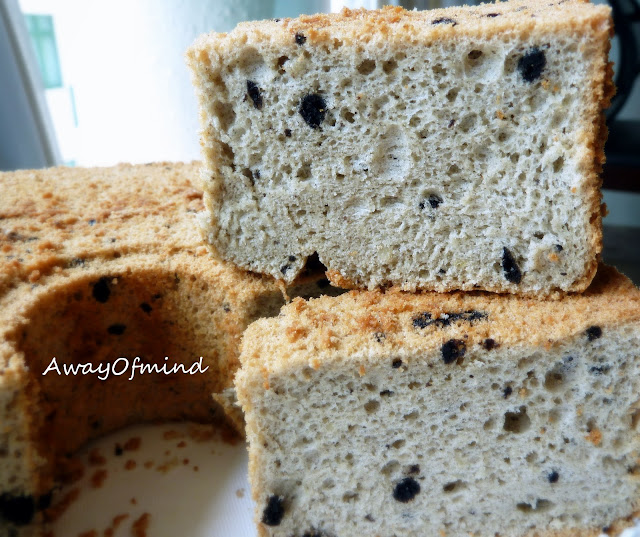