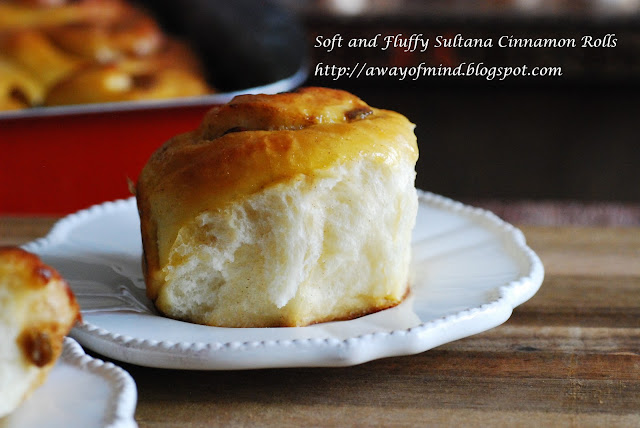 Today I dig my hands into bread making again! My son asked for more Cranberry Cream Cheese Bread but I want a change on my breakfast table, what come to my mind was Cinnamon Rolls, a sweet bun that I love to eat...and it doesn't contain so much fat as in the cream cheese bread! The soft, moist and fluffy cinnamon bread texture with its distinctive cinnamon's fragrance is why it is my favourite.  I baked some breads using cinnamon before, one of it was Cranberry Cinnamon Rolls in Oct 2012.

This round is a totally new attempt. I used 65C Tangzhong 汤种 to make the softness of the bread more lasting. That's mean the bread will remain soft for a few days. In the bread filling, I stirred together butter with sultana, cinnamon powder and sugar. One kg of cranberry is selling at QR50~QR55, so golden sultana or normal raisin will be more economical for homemade bread. 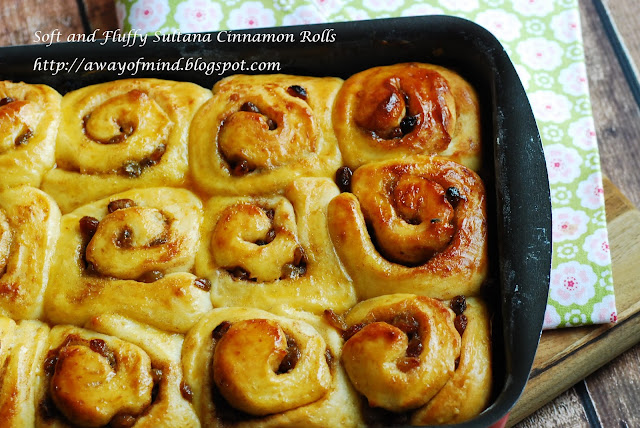 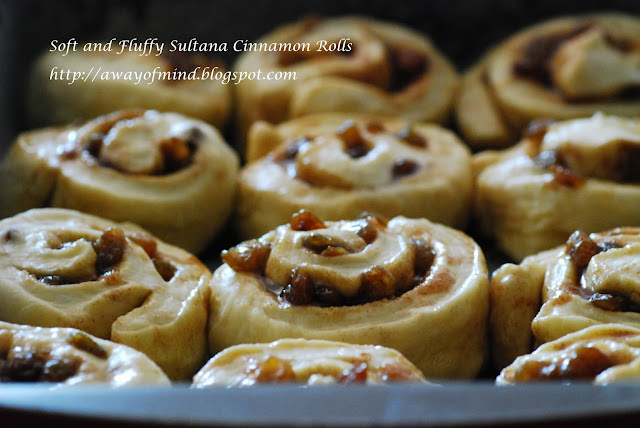 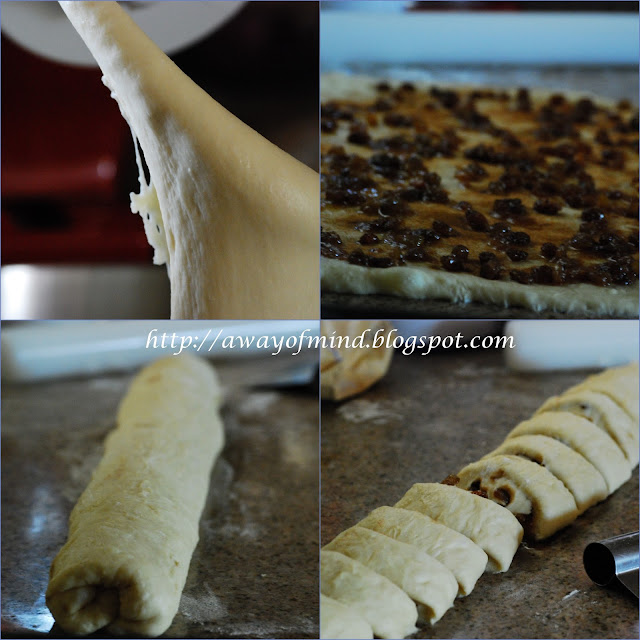 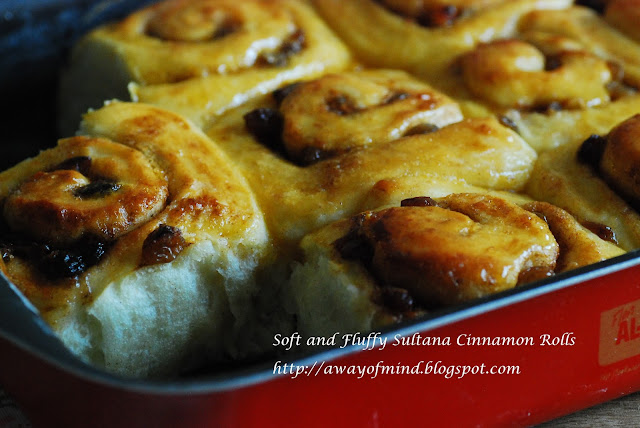 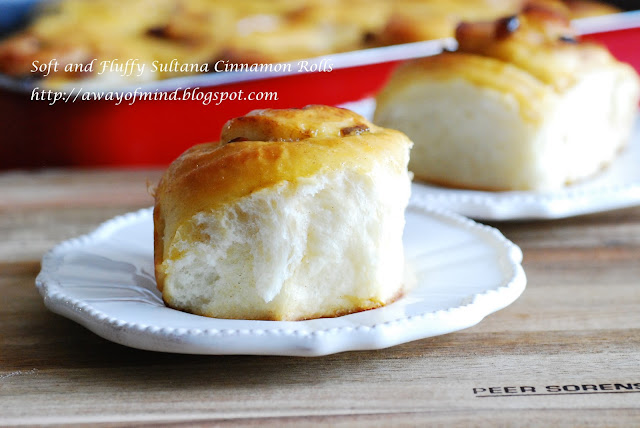 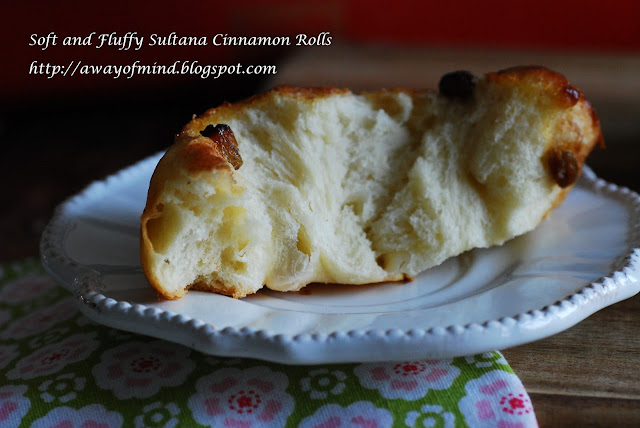 
Method:
1. Prepare Tangzhong: Mix together ingredients in Tangzhong, cook under medium heat, keep stirring until the mixture thicken, not boiling. Remove from heat and set aside until cool.
2. Prepare filling: In a small bowl, mix together all ingredients for filling. Set aside.
3. Prepare bread dough: In the electric mixing bowl, add all bread dough ingredients except water and butter. Gradually add water (set aside 50ml for slowly add in) and mix with KitchenAid speed 2 for a min before change to speed 4. Slowly add more water.

When the mixture form rough dough or able to pull away from the mixing bowl, add in butter. Continue to let KitchenAid knead the bread dough until elastic film stage. It means the bread dough is able to stretch open on your palm without tearing.

Bake in a preheat oven at 180C for 18~20mins. or until the top of the bread turned slightly brown.